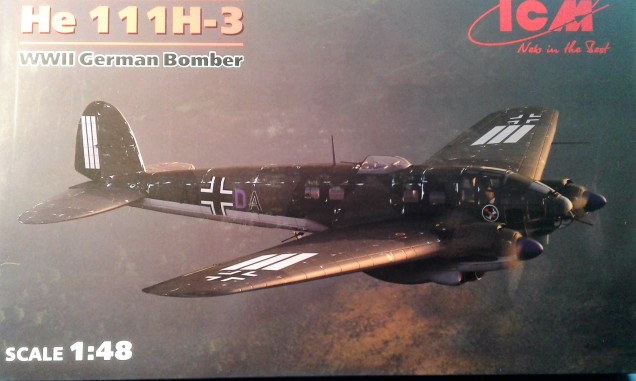 First frustration was with steps 15 and 16 when, contrary to the instructions, I had decided to glued parts D1-22 and D1-23 directly on the floor and then slide the pilot’s seat in between.

I had also inverted D1-22 and D1-23 and had to pry them off, glue them back on the seat and wait for the glue to set. 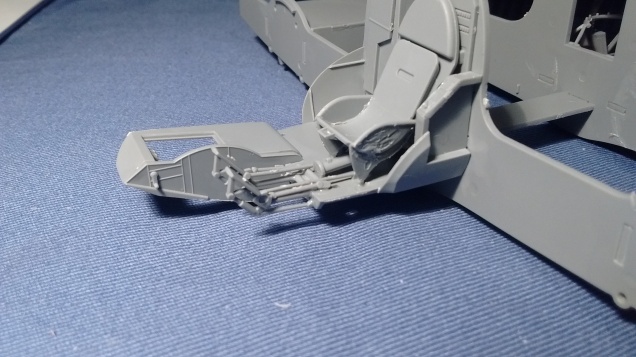 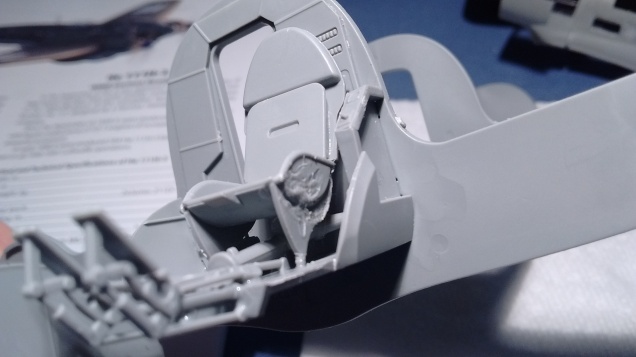 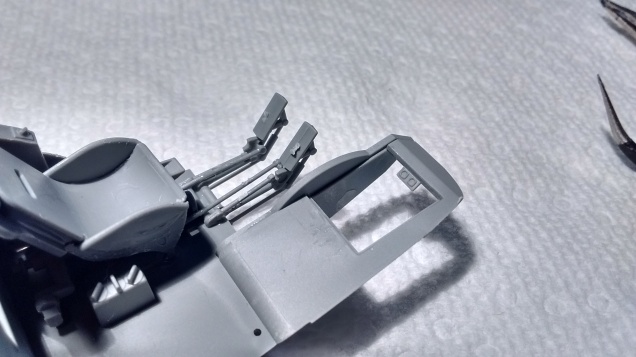 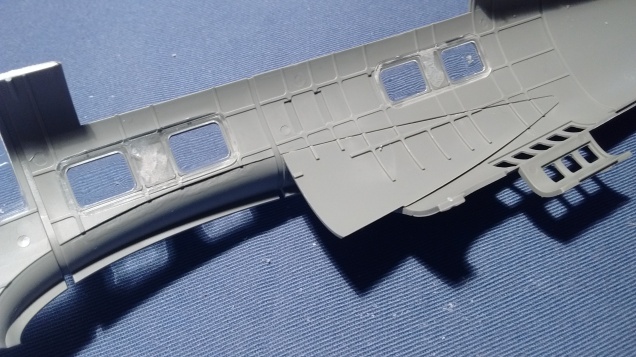 However steps 25, 26 and 27 made me realize I should have checked more than three times before assembling such tiny pieces which will never be seen by anyone.

Which brings me to this… if you don’t see it, why bother. Is it best to skip steps which only slow down your progress and lead to more frustration?

Feeling frustrated I then checked how the fuselage halves would mate. The plastic is very thin and the locating pins won’t fit in the location holes leaving a gap.

I cut the pins off and dry fitted the fuselage halves to see if it was a good idea. 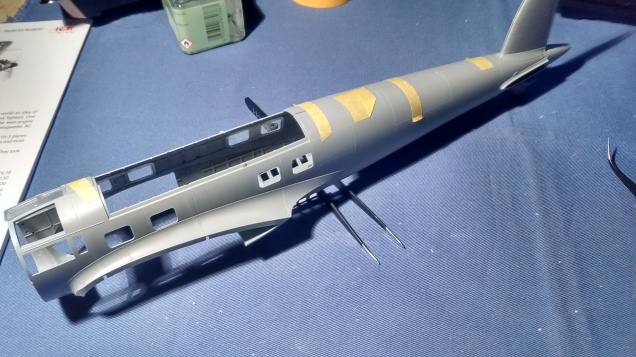 Skipping step 29 and moving on to step 30 and beyond…