This was written in 2017 on My Forgotten Hobby when I was writing less and less about my forgotten hobby and procrastinating more and more.

I’ve been writing less about My Forgotten Hobby. I am much more active on my other blogs. In my research on the American squadron VF(N)-101 I had found a website earlier this week. It was a website about the Battle of Midway. Here is the link….

An image had struck me, that of a painting and the story behind it. I thought I should read it.

This is the story.

The only survivor of a flight of six TBF Avenger torpedo planes struggles to return home to Midway Atoll after attacking the Japanese fleet. Flown by ENS Albert Earnest with radioman Harry Ferrier RM3c and turret gunner Jay Manning Sea1c, the badly damaged TBF has hydraulics shot out causing the tail wheel to drop and the bomb bay doors to open. Without a working compass, Earnest flew east towards the sun and climbed above the cloud deck where he could see the column of smoke rising from Midway in the far distance. Earnest managed to bring back the TBF using only the elevator trim tab for altitude control and successfully landed. Manning died in his turret and Earnest and Ferrier were wounded.

There is another story to this story.

Yesterday I wrote to John Greaves to get permission to use the images from his paintings in one of my blogs that pays tribute to American pilots of the VF(N)-101 squadron.

John Greaves died unexpectedly and peacefully at home on Monday, January 9, 2017 in Airdrie, AB at the age of 52 years. John is lovingly remembered by his wife Janet, and their 2 daughters; Emma and Katy of Airdrie, his parents; Len and Eleanor, brother; Stewart of Abbotsford, B.C., Janet’s sister; Sandra (Sam) Hamilton and family of Saskatoon, SK. John was born in Calgary, AB on September 1, 1964. John and his family moved to B.C. prior to John and his brother starting school, eventually settling in Abbotsford where John attended Abby Jr and Sr High School. John attended Fraser Valley College where he pursued his passion in Art, then went on to further study in graphic arts and business at BCIT. A Memorial Service will be held at Aridrie Alliance church, 1604 Summerfield Blvd, Airdrie, AB., on Saturday, January 14, 2017 at 1:30, with a reception to follow. Sandy Isfeld and Nathan Kliewer will be officiating, please join us in Celebrating John’s Life In lieu of flowers, donations can be made in John’s memory to the Canadian Diabetes Association, 240, 2323 – 32 Ave. NE, Calgary, AB, T2E 6Z3.

The source is here…

John Greaves’ works are reproduced here on this blog with the special permission of his wife Janet….

I give you permission to use his paintings in the two blogs you mentioned, with credit given to my beloved John, who had a passion for history and art.
Thanks.
Janet Greaves 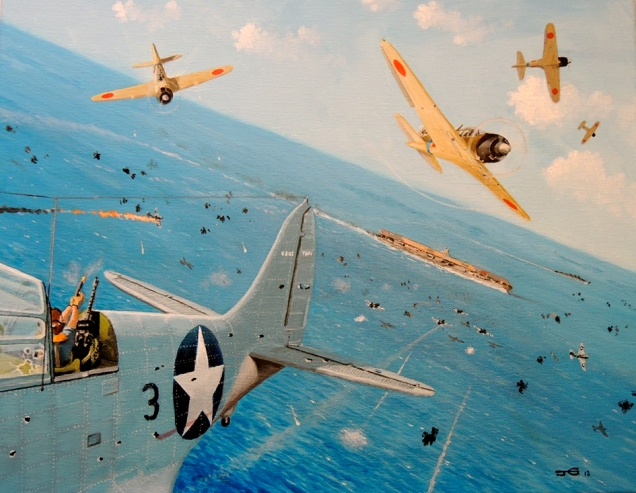 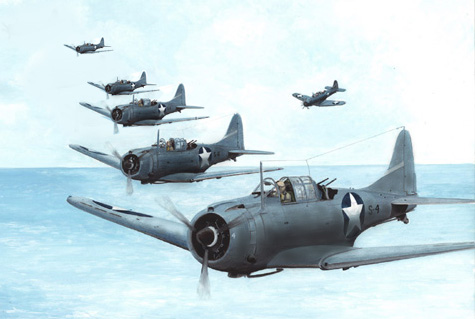 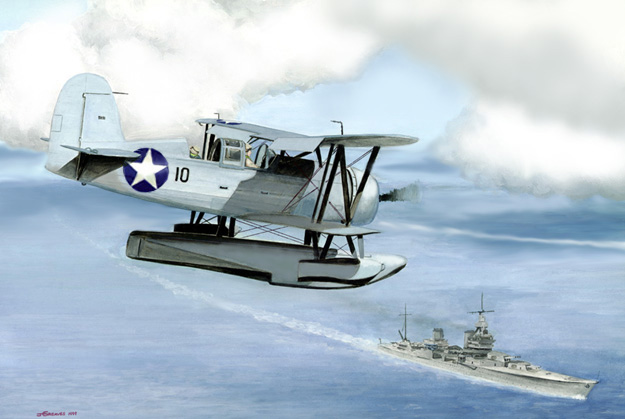 © John Greaves Art (with the permission of Janet Greaves) 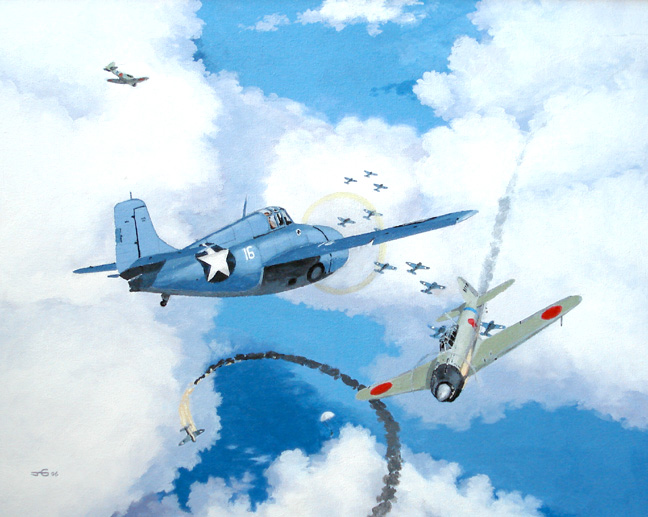 This is a link to Tom Cheek’ story:

In the fierce air battle over the Japanese fleet, Tom Cheek shot down three Zeros. Bassett was lost in combat. The remaining five F4Fs returned to Yorktown. Cheek’s damaged plane crashed into the barrier on landing, and flipped onto its back. He experienced two Japanese air attacks on Yorktown on the afternoon of June 4, and abandoned the severely crippled carrier with other crew members. Following the Battle of Midway, Tom Cheek was awarded the Navy Cross and appointed to the rank of Ensign.

Tom Cheek now tells his story of the Battle of Midway to which he has given the title: