This is the only model kit available for an Elbing class Torpedoboat.

I thought of buying Heller’s rendition of a Torpedoboat to build the T24, but the price on e-Bay is much too high as well as the shipping rate. Furthermore the model kit is quite old and lack details at least according to this modeler…

Ulf Lundberg built this model from the Heller kit. Ulf noted that Heller’s Torpedoboot is a mid-aged product which was released some 25 years ago. Its quality remains more of the old days and the fit of main components is rather poor. The details were soft and lacked finesse and worse still, there were shrink marks in all the wrong places, necessitating more than fair share of filling and sanding for a model of this size.

This other modeler though built an impressive rendition of the ship, but with a lot of work put into it. 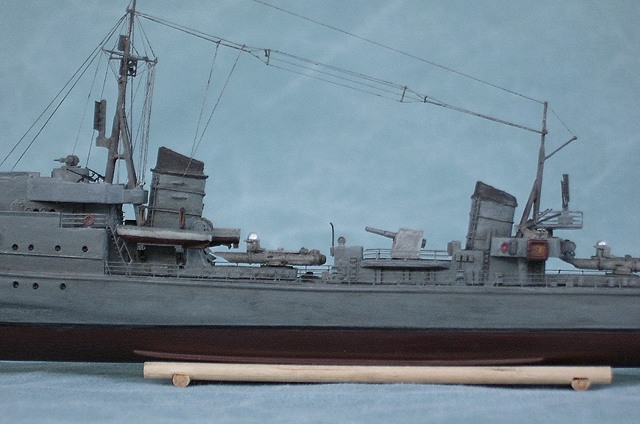 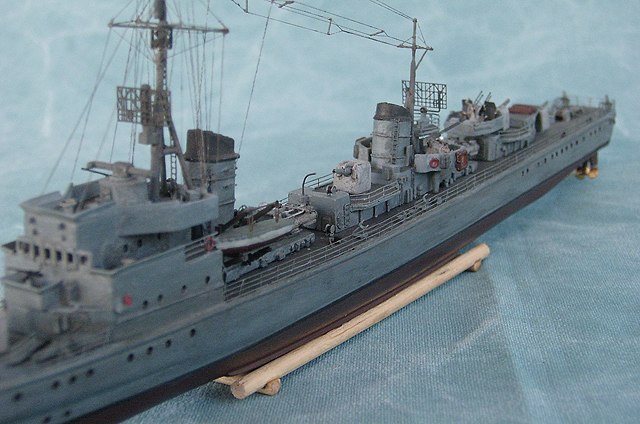 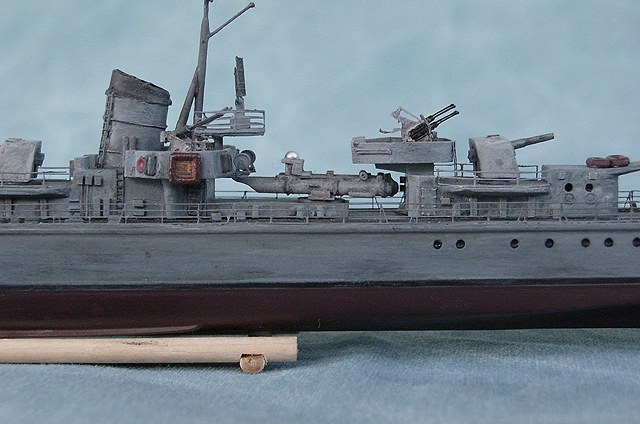 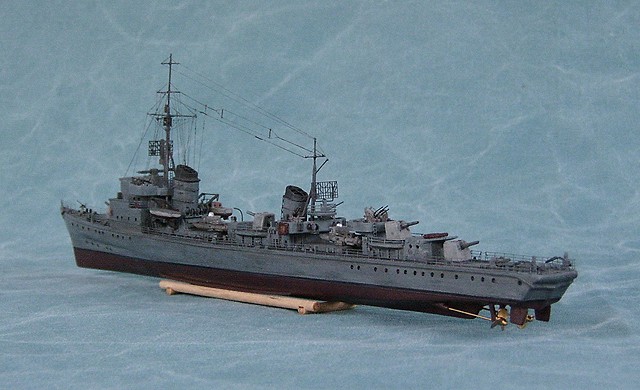 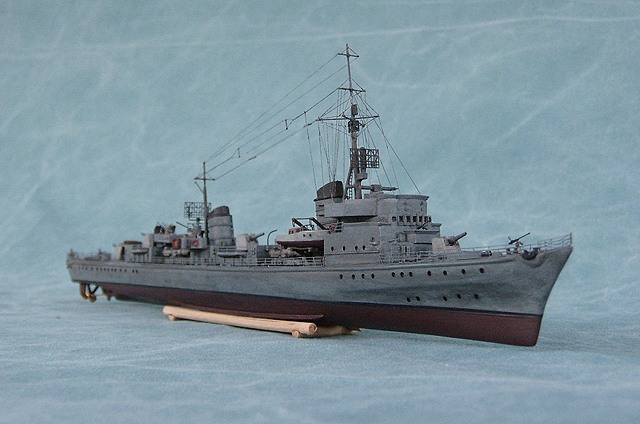 T 28 belonged to the class of the fleet torpedo boats 1939, which were built between 1941 and 1944 at the Schichau shipyard in Elbing. The design underwent some modifications during the construction period: T 22 to T 24 had a long bridge construction with a 2cm flak on each cam. T 25 to T 30 had a shortened bridge superstructure, a weapon stand with a 2cm flak was built in the middle in front of it. T 31 to T 36 had one on port side and one on starboard side, in addition, to simplify the construction, the folding bulkheads in the bow area were omitted.

With the Heller kit, only T 22 – T 24 can be displayed correctly from the box. A shortened bridge construction is included, but not a single central flak weapon stand. For the later boats the hull shape is not correct because of the existing buckling bulkheads.

Since I wanted to build a boat from the group T 25 to T 30, the kit was a good basis. In the Marine Arsenal Volume 44 I found photos of T 28, which were very helpful during construction.

The model could be built without any problems, there were also a lot of detail additions, and my etched part stash was plundered properly. Comparisons with drawings showed that the position of the superstructures had to be corrected: the bridge construction moved 2mm, the middle deckhouse 1mm aft.

I paid special attention to the torpedo tube sets. Since the kit parts were not usable because of the very simple and not to scale representation, I completely rebuilt the sets from brass tube, wire and Evergreen profiles. Also new are the front flak weapon stand and the platforms for the radio measuring antenna amidships and the 2cm flakvierling on the aft deck hut. Numerous structures were added to the walls of the superstructures. I rebuilt the masts from brass tube and steel wire. The boat was completed with four wabo launchers, a new winch for the aft deck and other gear including cranes, all of which I built myself.

On the photos of the prototype, T 28 did not wear a spotted camouflage, which was probably reserved for the first boats of this class. So my model got the uniform grey colouring with Tamiya and Revell colours, on which a careful oil colour washing was applied. For the rigging the yarn from WEM was used.

As a result I finally created a not everyday model, which I like very much.

If Trumpeter should one day decide to make one, I will probably be tempted to buy it honouring the sailors of the T24 since I have these two companion model ships in my stash.

If you are wondering how I got interested so much about the T24…then take a good look at these from the collection of a German sailor who was on that ship. His son sent me two weeks ago more than 100 never seen before photos who were part of his father’s collection.

Sometimes things happen in my life that I forget about my forgotten hobby. Sometimes it’s the weather, but not today. 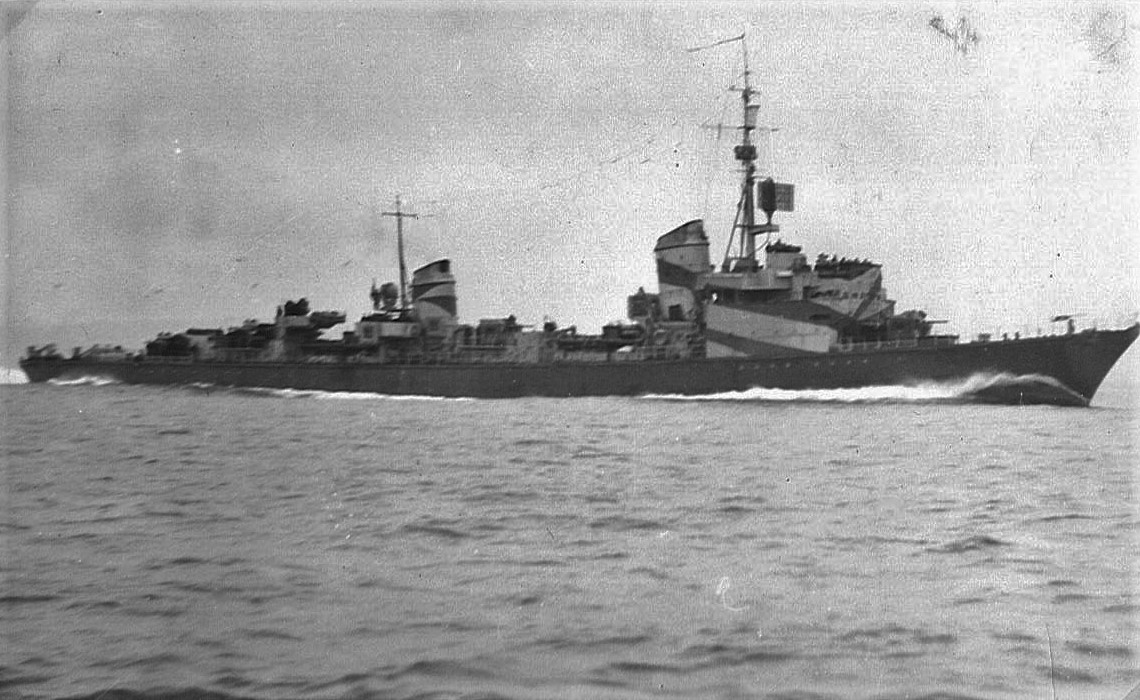 It’s about the story of a German torpedoboat, two sailors and their sons. This is another view of the T24.

I have never seen these two photos on the Internet before. They are from Alfred Kuhn’s collection a radio operator on the T24.

I have been writing on the T24 story on another blog. It was about the story of Willi Küllertz who was a sailor in the engine room on the T24 when it was attacked by RCAF 404 Squadron Beaufighters.

Before July 2009 I knew nothing about HMCS Athabaskan. Then in a family reunion my wife’s 80 year-old uncle told us he was aboard a destroyer named HMCS Athabaskan. He was writing a letter to his parents in the engine room when…

He did not tell that much about the sinking and how he was rescued by HMCS Haida. I found out why after. Most veterans that I have met since 2009 didn’t want to relive what they went through during the war.

So I got curious back in 2009 and I created Souvenirs de guerre a blog on WordPress to tell the story of HMCS Athabaskan and the sinking. 10 years later Willi Küllertz’son found that blog and commented. He wanted to tell his father’s story.

I featured it on Souvenirs de guerre.

But there was so much information that his father’s story was then featured on a different blog in three languages: French, English and German…

Well that day has just finally arrived and I have 48 more names to add to the T24 story.